Construct Tomorrow: Events are Canceled, Futures are Not

Construct Tomorrow finished its 2019-20 schedule after scheduling nine events across Minnesota, but doing just eight. “We had to cancel our Moorhead even in late March,” said Tim Bussse, Executive Director of Construct Tomorrow. “It was really disappointing because they did a lot of work. Given the situation with the governor’s restrictions on public gatherings due to COVID-19, there’s nothing we could do. We promised them we’d be back next year though!”

Construct Tomorrow will continue the career fairs into the future. Before the global pandemic interrupted everyday commerce, the events were on track to attract approximately 8,000 Minnesota high school students. When it comes to feedback from the events, Busse says students actions speak louder than words. With activities from all the different trades on hand (from pounding nails to working with wet cement), it’s easy to witness their curiosity from their involvement. The most direct feedback comes from teachers and school counselors, however. “More often than not they are pleasantly surprised at how engaged their students were at the event,” he said.

Construct Tomorrow measures success directly by the number of students who enroll in the trades after high school. “We don’t have specific numbers — which is something we have to work on — between Construct Tomorrow and the other events that recruit students into construction trades apprenticeship programs,” Busse said. “The numbers are going up, but we need to put it all together so there is that bright line between the two.”

Going forward, one change that may be coming to select events will be the addition of an evening session geared toward adults. In some markets, the demand for workers is so pronounced that finding people who can move into apprentice training programs right away is a priority. “High school students are playing for the long game, expanding their career horizons. The evening session would be to the general public. Ideally we’d like kids to come back at night with their parents, but it would mainly be geared for adults who want to do more. People who are underemployed, who want to switch careers,” Busse said.

For example, one market that’s a candidate for the evening session is Duluth. The city is amidst a $300(m) hospital building project along with highway construction projects in the works. Northern Minnesota is bustling with construction activity and needs workers who don’t merely tolerate winter weather, but embrace it. As Busse put it, “We are looking forward to next year, recruiting the next generation who want to work in the trades — and enjoy the benefits of being in the trades.”

Here are some reactions from four guidance counselors who attended Construct Tomorrow events with their students: 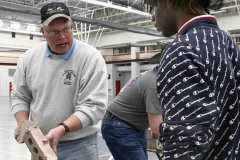 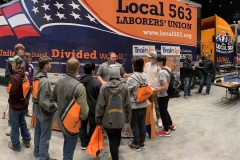 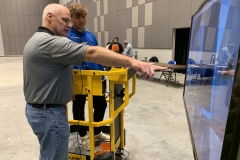 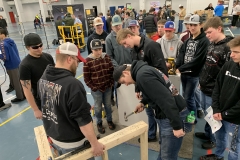 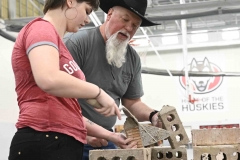 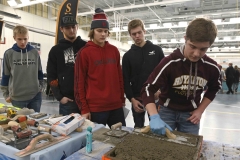 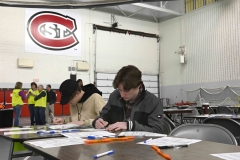 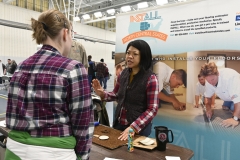