Destined For Destruction: What Was Old Will Be New Again

In early 2016, the historic west end Hope Engine Company #3 firehouse, located at the intersection of Grand Avenue and Leech Street in St. Paul, was destined for the wrecking ball.

Built in 1871, it served as St. Paul’s first volunteer fire station and was in operation from 1872 to 1956. The 2-story Hope Engine Company #3 Firehouse is reported to be the oldest former municipal building to remain standing in St. Paul, though it was never designated as a historical building.

A local developer had plans to raze the building to make room for a hotel. However, neighborhood residents and historic-preservation groups joined forces to fight the destruction of the century old building. After a restraining order, a civil lawsuit to halt demolition, a 90-day stay, negotiations and a redesign, more than a year later there is an amended plan for a developer to incorporate the historic structure into the hotel’s design.

The deal includes a $500,000 loan from the city Housing and Redevelopment Authority to help offset the cost of incorporating the building into the hotel development. In May of this year, Dougherty Funding, LLC closed a $15.1 million Construction loan arranged for St. Paul Hotel Ventures, LLC.

General Contractor Weis Builders has started construction on the 0.94 acre lot (adjacent to the fire station) where a 5-story, 100 room Residence Inn by Marriott will be located at 200 Grand Avenue.

While re-development of the historic firehouse is in the early stages, the plan is to preserve the Hope Engine Company #3 structure as a standalone building and link it to the hotel via an outdoor patio. Plans for the interior include a 2,100 square foot wine bar on the first floor and office space on the second floor. FCF staff have a great view of this historic transformation because it is taking place on a daily basis right outside our window. 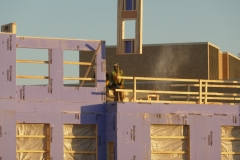 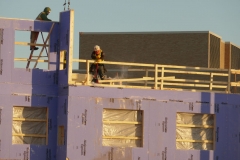 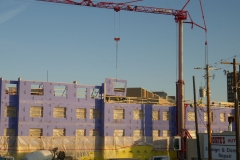 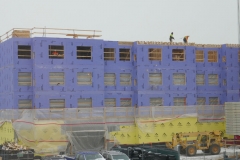 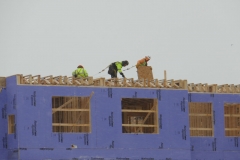 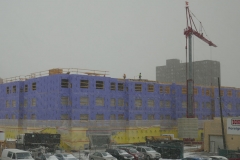 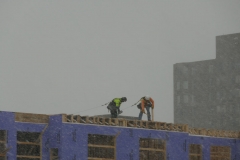 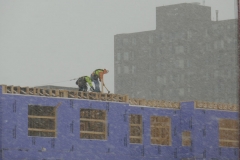 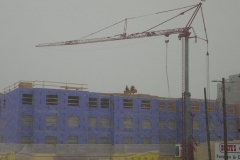